Master Chef as a competition, has changed the world for home cooks. Almost every home now has someone who is passionate about cooking and ready to compete to show off their skills. It’s also made cooking at home more exciting, and not just a mundane chore anymore. People actually take interest in being informed about techniques and are confident to put together a continental dish without breaking a sweat. The many cook-offs that are happening around us only show us how home cooks are slowing making the way on top.

Food has always brought people together, and Hyatt Hotels have been doing a great job in bringing people together whether it’s with food or their hospitality. To emphasize Hyatt’s focus on its rich culinary heritage, Hyatt Hotels in India introduced the “Hyatt Culinary Challenge – People Cooking For People” in 2014. The first season, was a memorable one as it was a great experience for their guests and their associates who were engaged in the event. We were invited for the preliminary round of the second season of the Hyatt India Culinary challenge that was held on 31st October, 2015 at Hyatt Regency. It was simultaneously held across ten Hyatt India destinations. There was also an exciting digital version of the Culinary Challenge in each of the ten cities where one participant was selected to participate in the preliminary round.

We were really excited to be there. We were going to witness a unique event that brought together individuals from the corporate world, showcasing their culinary skills to compete against each other for the Grand Finale which will be held at Grand Hyatt, Mumbai on November 15, 2015.

The event was graced by three judges, one of them was our dear friend Ms. Rushina M. Ghildiyal. Each participant was paired with a child from the SMILE foundation, Hyatt’s partner NGO in India. They then had to recreate a recipe of their choice for the judges. All the children were excited to don a chef’s hat and an apron. The event was hosted by Kavea Chavali, who did a great job at keeping the energy levels high and made sure everyone had a great time. 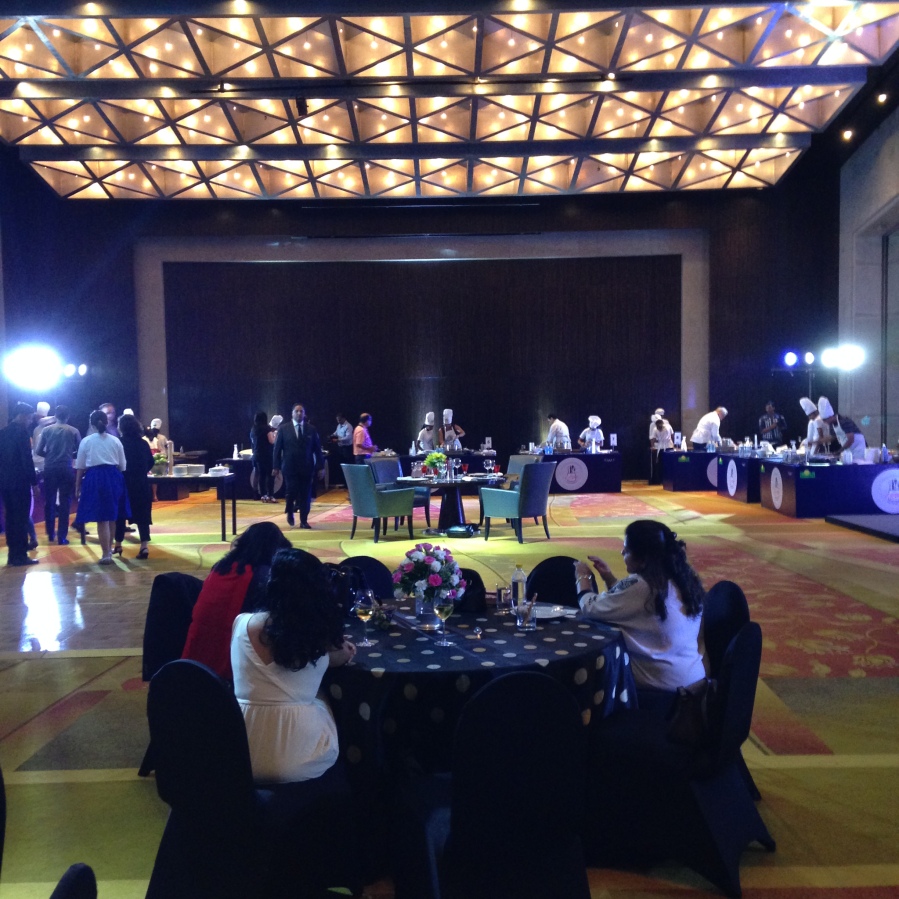 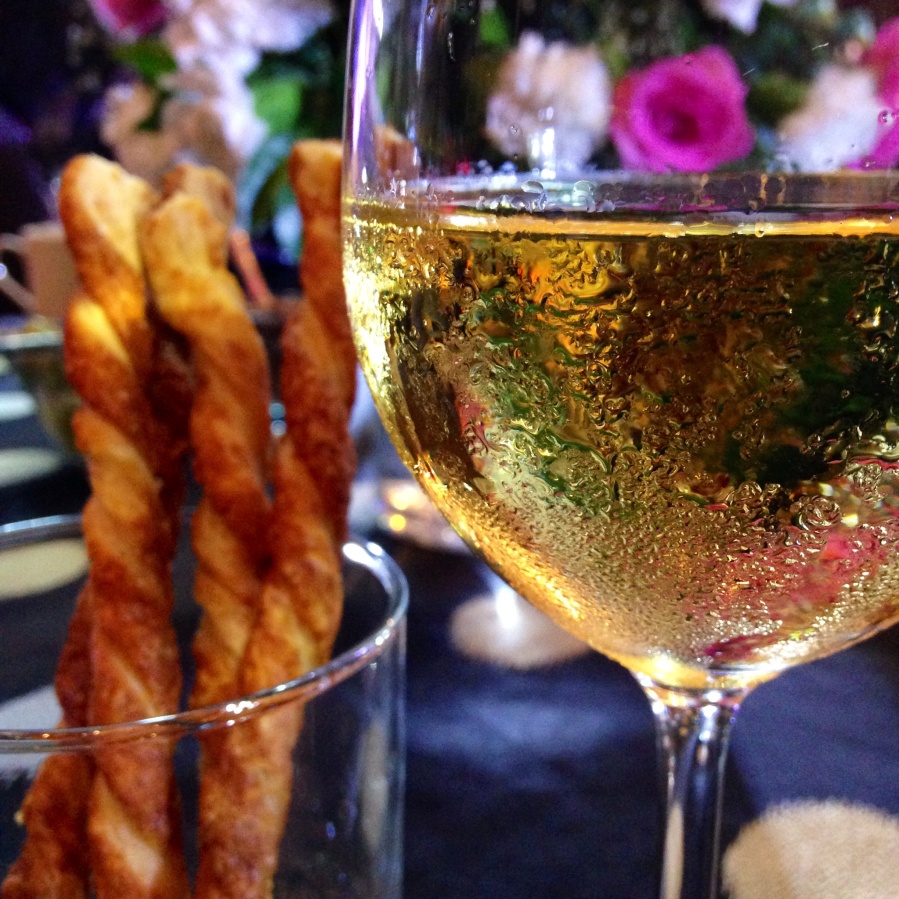 Soon it was time for the challenge to begin. All the participants took their places and we were seated with their families and friends who were cheering on. It was fun. The wine was flowing and the sounds of the sizzling pans meant that the cooking had begun. There was an interesting contest for all the social media buffs to live tweet about the challenge and there were two prizes up for grabs; the best tweet and the one with the maximum tweets. We had to tweet with the hashtag #CookWithHyatt. You can check the hashtag to check the pics online. 🙂 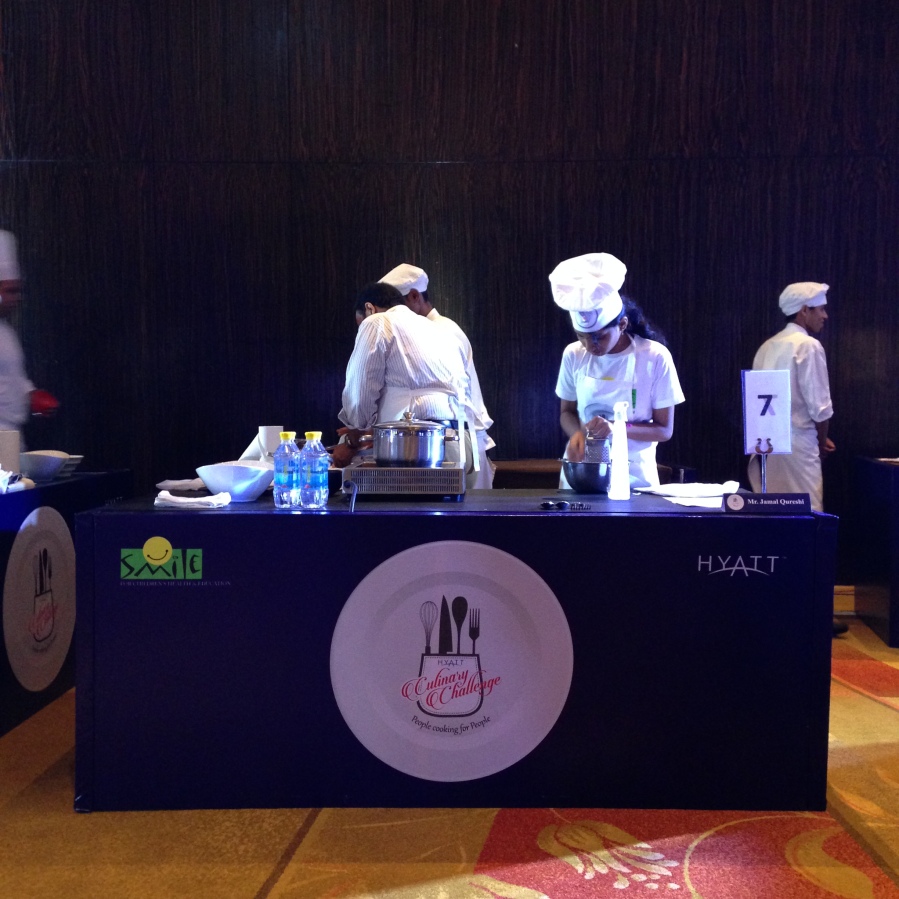 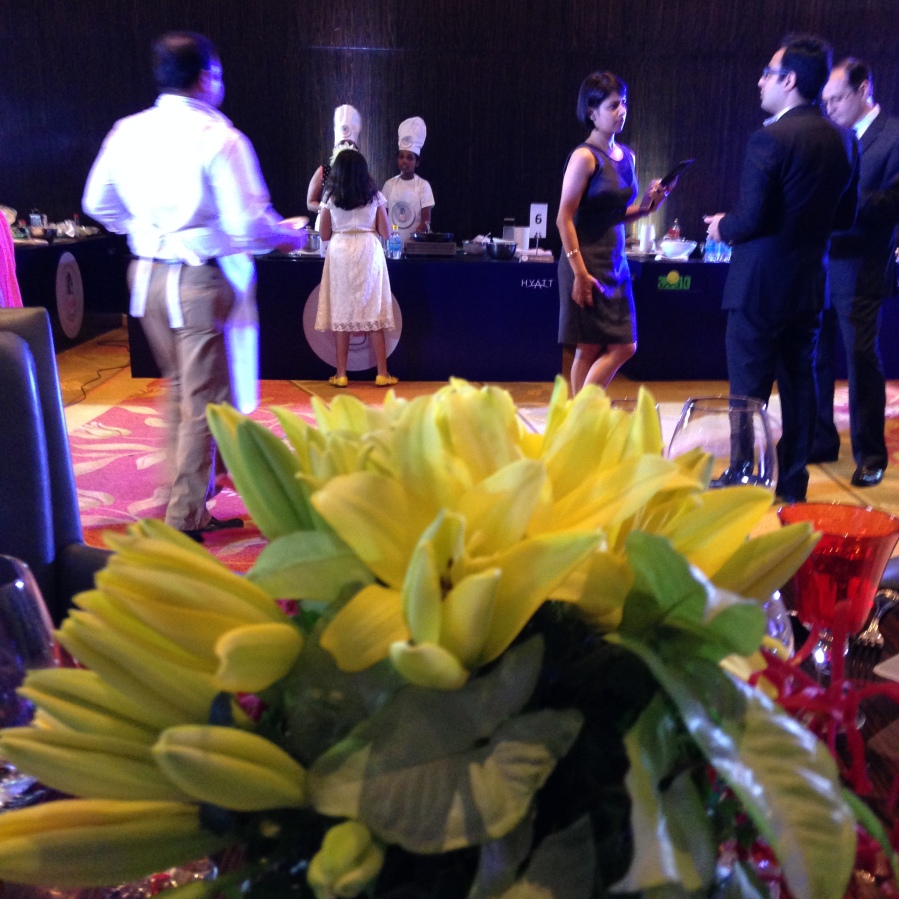 The whole place smelled wonderful with the aroma of spices. It was fun to see the kids from the SMILE Foundation take interest in cooking. Each participant made sure that the kid they were cooking with was involved in every step of making each dish. It was quite interactive as well, anyone could go up to the participants and talk to them about their dish. The judges were there to motivate the participants as they cooked effortlessly. We were really impressed with the kind of food everyone was cooking. It was a perfect evening. 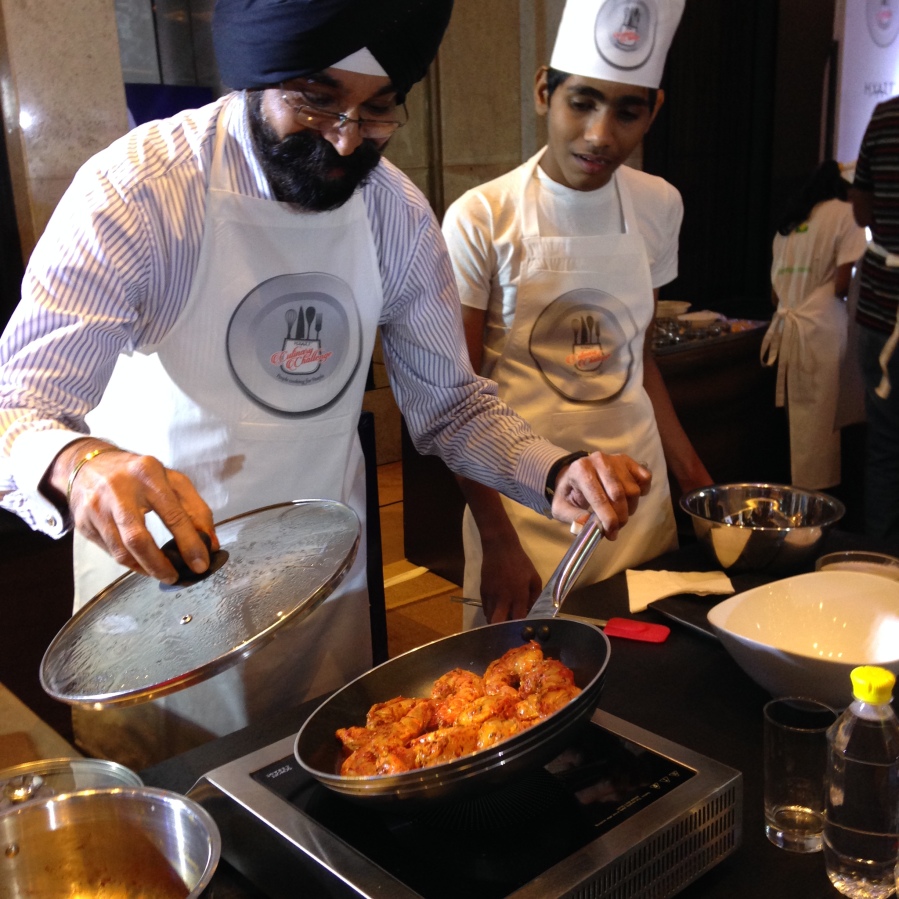 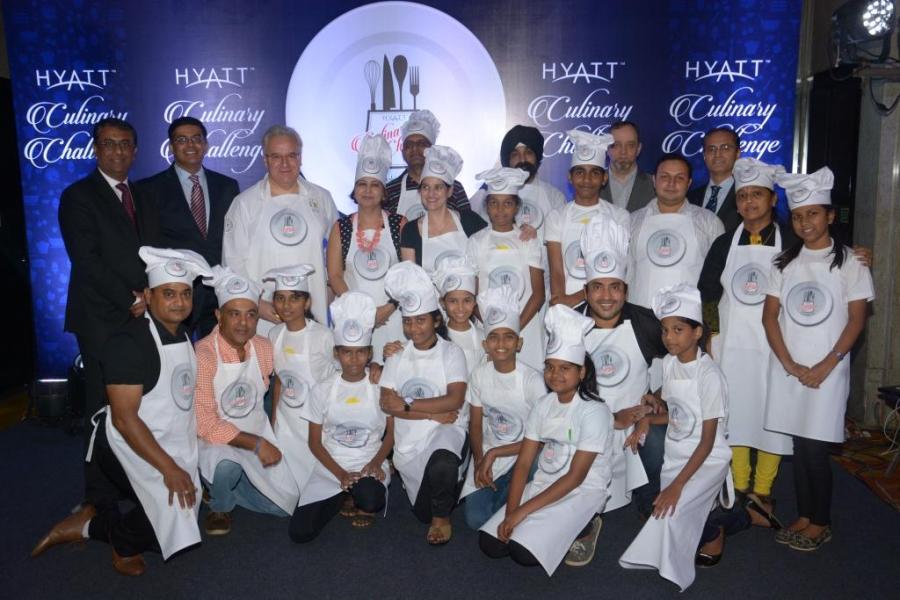 The countdown began and soon everyone hustled to get their dishes out and plated perfectly. All of us in the audience joined in with the emcee and cheered for the contestants for the last 10 secs of the challenge. After meticulously judging every dish, the judges came up with their favourites who emerged as winners for the Hyatt Culinary Challenge, Mumbai edition. Mr. Surjit Singh Mahajan – Director, Staubli India Pvt Ltd and runner up was Mr. Tushar Suba – Legal Head, Frank International.  Mr Singh made a really good Prawn Curry and Rice and that got him an entry to the Grand Finale.

The kids and the participants posed for the shutterbugs and then the winners of the contest were announced. Dinner was served and the dance floor was ready for everyone to show off their moves. It was really nice to see all the Hyatt employees let loose and dance to their favourite tunes. The food was great and the evening had a great vibe. Everyone had a really great time.

The Grand Finale will now be held on the 15th of November, 2015. Where all the winners of the preliminary round of the Hyatt Culinary Challenge would come under one roof to compete for the Grand Title. We can’t wait to be there. Follow us to know more about the event and tune in for the latest updates on #CookWithHyatt on our timeline.